When the Barnes Foundation moved to Philadelphia, it seemed only natural that they use a beautiful reclaimed floor that referenced a historic past.

In recent years, several vintage boardwalks constructed of ipe (pronounced “ee-pay”) have been demolished along the New York coastline. Ipe, a native species from the rainforest regions of South America, is known for its extreme durability and rich color profile. Even with decades of exposure to the extreme conditions of the shore, this wood has stood the test of time.

At the Barnes Foundation, this ipe was used in the space that orients visitors to the layout of the new building. Called “the court,” this space is housed under the portion of the building’s roof referred to as the “light box” and is designed to harness and bounce natural light down and into the adjoining gallery spaces. During the day, the court provides a natural resting place. After hours, the court acts as the main event space.

The ipe was laid in a traditional herringbone pattern inspired by an antique Chilean cathedral floor architects Williams and Tsien previously encountered. Installed by Pennsylvania Flooring, the 5,800 square feet of ipe sits within a perimeter of stone in the court and runs continuously onto the terrace. Williams and Tsien left both the interior and exterior ipe unfinished to promote the natural distressing process.

The Barnes Foundation recently received LEED-platinum certification; the highest rating available by the Green Building Council. The Barnes Foundation’s new rating means they are one of only a small number of cultural buildings in the United States with this distinction. 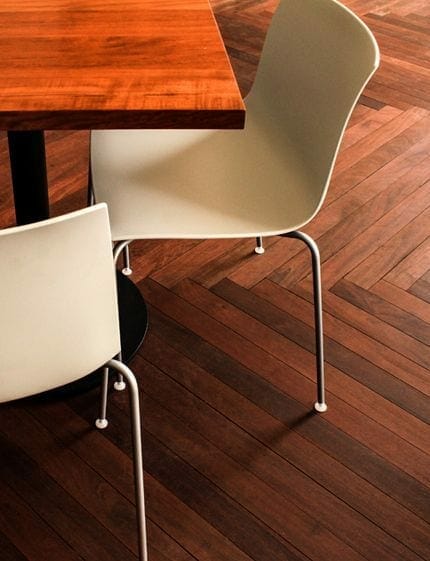 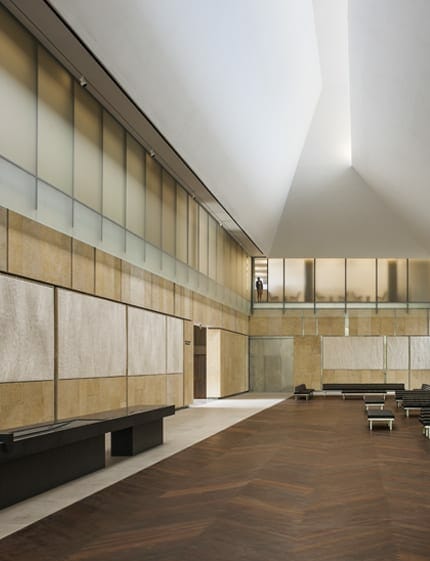 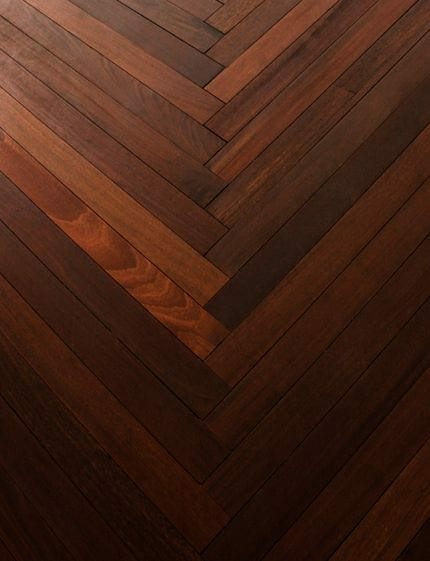 BACK TO FEATURED PROJECTS